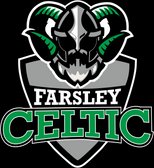 Lutel adds a wealth of experience to the club having been heavily involved in Academy football in the City over a great number of years. He has been working hard over the last few weeks to put together an exciting squad of players for the upcoming season at both Under 19 and Under 23 level. Lutel will be assisted by current coaches James Knowles and Glenn Thornton, as well as additional coaching staff.

On the announcement Chief Executive Joshua Greaves commented: “Over the closed season we have worked hard to make changes in many areas of the club, mainly that of the academy set up we have.

“Lutel coming on board as our newly created role of Academy Director show our commitment to new talent coming through in the Leeds areas. We feel Lutel brings with him several skills that will see our new look academy set up thrive and grow over the coming years.

“We have also made the appointment of Eray as our New head of Development Football at the club.

“I would like to thank Gary Middleton who previously held this position for all his hard work and commitment whilst in post at the club and wish him all the best.

“The Board’s decision to appoint Eray as our Head of Development Football was an easy decision to make for us. Since Eray joined the club 16 months ago his passion and commitment have shown no bounds and we believe that he will bring this passion into his new role.

“We wish them both the very best in their respective new roles at Farsley Celtic.”