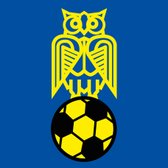 We are excited to be working with a well-established football club with excellent people with similar ambitions. We feel we will work together well now and in the future
Giles Bowman, LDFC Committee Member

Farsley Celtic are delighted to announce a partnership with Leeds Deaf Football Club (LDFC), supported by funding from the Football Federation in relation to Disability Football. This will see LDFC playing at Throstle Nest in the coming season.

Celts CEO Josh Greaves said, “We are privileged to welcome Leeds Deaf FC to Throstle Nest and look forward to working with them in the season ahead. Farsley continue to engage with the local community in terms of Ladies, Boys and Girls football, and this partnership begins a new chapter in terms of getting more people to play the sport in Farsley and surrounding area.”

Giles Bowman, LDFC Committee Member responded, “As soon as we reformed LDFC in 2016 after a four year absence, we approached, James Doyle, the West Riding FA Disability Adviser, for advice to ensure that we would be secured as an incorporated club for the best interest of the Deaf community. James mentioned Farsley Celtic FC as a possible partnership to link with, as the interests of both clubs were seen as being well aligned. We are excited to be working with a well-established football club with excellent people with similar ambitions. We feel we will work together well now and in the future.”

Leeds Deaf Football Club came about through a desire for the deaf community to participate in competitive sport and not be limited by the communication that often precluded playing in hearing leagues. Today, it continues with a strong sense of identity, purpose and unity that extends into the non-playing part of the deaf community.

Although the LDFC disbanded in 2012, before reforming this year, the club has a long and successful history. The earliest actual record that LDFC has, dates back to 1871, when the club first played Glasgow Deaf Athletic Football Club.

In addition, in the EDF Plate (organised by England Deaf Football from 2003), LDFC won the competition in 2004/05 beating Charlton Athletic 4-2.

The club has also produced a number of notable players like the Chapman Brothers (1950s), Stephen Hardwick (who played for Farsley Celtic) and Eddie Pollard (1990s), who has been involved with managing the GB Men’s team down the years.

For the coming season LDFC have entered the English Deaf Football League, English Deaf Cup and British Deaf Cup, but have aspirations of entering one of the West Riding FA leagues next season.

As Giles Bowman outlined, “The long-term ambitions are about longevity and developing a number of youth players so that we will be a force to be reckoned with in the Deaf community and local hearing leagues.”

Giles concluded, “The ethos of the club is, passion dedication and courage. In football we train harder more with our eyes, to compensate for our hearing loss. However, we all come together to play in one simple language – the language of football.”